Growing up in the bee industry, Lindsay Callaway – the current owner of Warral Maldon – learned the art of beekeeping from his father, Roger. Accepting the occasional sting, it seems, is just part of the job but it’s clear to see that Lindsay is rather passionate about his beloved bees and the production of honey.

The awareness of where your honey is coming from is a topic rather close to Lindsay’s heart and he is thrilled to be part of the rising awareness for the industry.

“Most people had a distant view of bees and beekeeping in general,” he says. “But in the last handful of years, the awareness of the role of bees has heightened enormously. Now there’s a lot of interest in bees, in saving bees… and there’s a global awareness of how planet earth needs bees to pollinate one third of our crops. And, of course, we need bees for yummy honey.”

Lindsay’s true love is to deliver the hives into the Victorian wilderness and, using decades of  experience, good eyesight and the occasional drone, looks for the best wildflower flows.

“An important part of the process is to secure the first bloom of the flowers for the bees,” Lindsay adds. “It’s like a form of art for me, managing the many variables that affect the production of honey, including weather, the health of the bees, access to tracks, and knowing all the secret spots – which I can’t tell you about!”

This hidden foodie gem situated in its namesake town, Warral Maldon produces some of the best honey on the planet. Lindsay’s great grandfather in 1896 established the company after becoming infatuated with bees. Over 125 years and five generations later, Warral has over 3,000 hives that get taken by the team of passionate apiarists around the wilderness of Victoria – it’s clear to see that honey runs in the veins of this family. 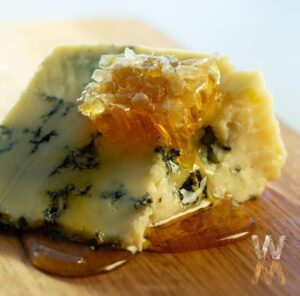